Industrial Air Pollution Clean-Up Is On Its Way In 2018

Since 1955, the United States government has recognized the need for legislation to clean up air pollution. Subsequent revisions to the initial legislation strengthened the laws regarding allowable amounts of car emissions, factory smog, and other sources of air pollution.

But now, in 2018, it isn’t just legislation and governments fighting air pollution. Private inventors, corporations, and other organizations are harnessing the technology that can aid in cleaning our air all over the world, along with recognizing that some advances in technology are creating more air pollution. 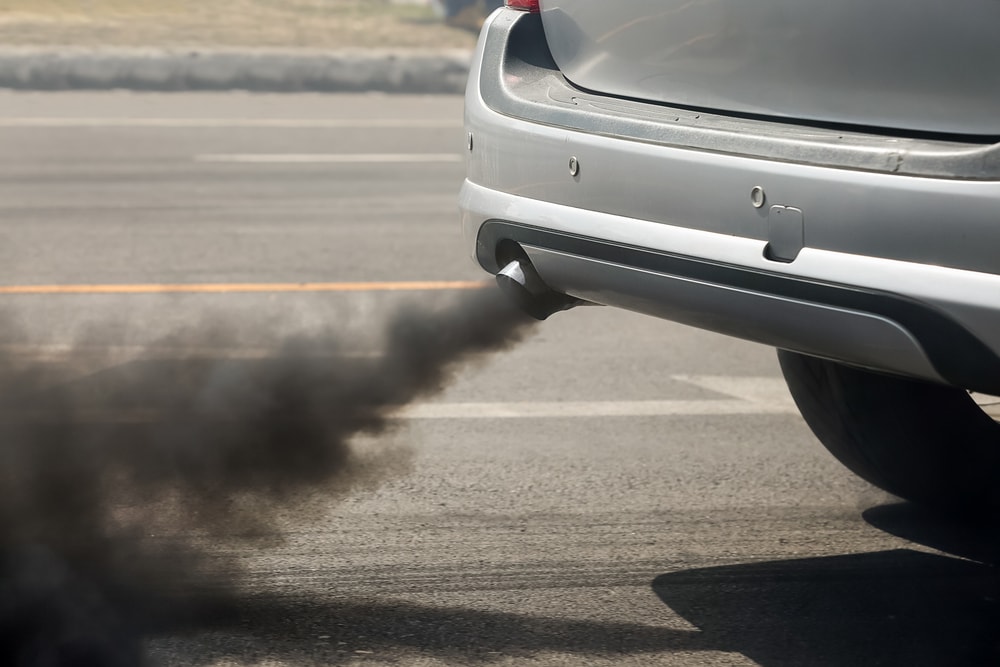 While it’s true that technology is being used to clean up air pollution, it’s also been the primary cause.

No technological wonder has caused more air pollution than the horseless carriage. Nearly half of Americans—150 million—live in cities that fail to meet federally designated air quality standards. Cars, vans, trucks, and heavy-duty vehicles (think dump trucks and backhoes) are the primary sources of such pollution, which includes the release of excess ozone, release of particulate matter, and release of other smog-forming emissions.

Industrial pollution is another primary source of air pollution. According to the Environmental Protection Agency (EPA), air pollution levels from 1990 to 2008 increased 14 percent. This trend mirrors the number of human-caused greenhouse gas emissions in the air. Air pollution has serious effects on the health of the planet and its population.

Aerosols are another significant source of air pollution There are many countries, starting with the United States, which are making significant progress in cutting down on air pollution that is directly related to aerosols.

How Technology Has Helped Decrease Air Pollution in Recent Years 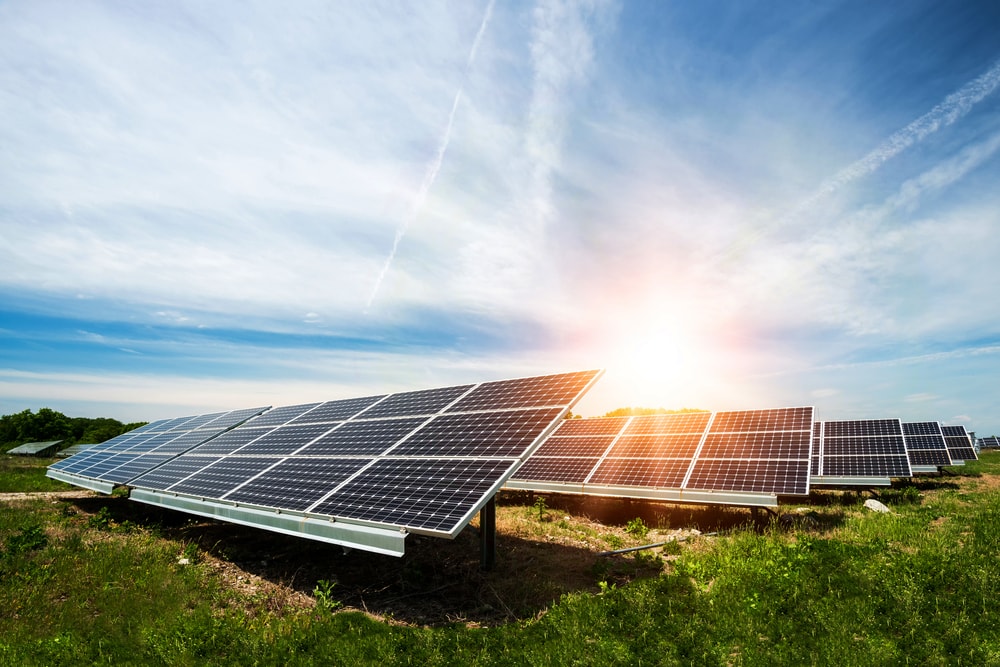 Thankfully, we’ve already made some steps toward cutting the amount of air pollution, and it’s critical that we continue to do so.

The environmental effects of air pollution mean the destruction of oxygen producing plants and damage to long-term forest viability, deterioration of nutrients in the soil, toxins making their way into the food chain, killing and damage of aquatic life in streams, rivers, and lakes, and nitrogen overload in coastal estuaries leading to oxygen depletion and harm to fish and other aquatic animals.

Reducing air pollution has so many benefits! Clean air increases timber and crop yields, and better visibility conditions in 2010 in selected national parks and large cities had an impact of saving $34 billion.

Solar energy has been an alternative source of electricity for decades, though it is not widely used. Sunlight that reaches Earth’s surface provides, “…10,000 times more energy than we consume, and solar power aims to harness this force.” Solar technologies use sunlight captured through solar cells to provide electricity for heating, cooling, and even running small electronics like a calculator.

Researchers have determined that if we covered only 0.1 percent of the Earth’s surface with efficient solar cells, we could replace all other forms of energy. University researchers around the world are trying to develop advanced solar arrays using nanotechnology. Their hope is to harness the sun as our primary form of energy.

The EPA, since the early millennia, has mandated significant reductions in emissions from newer cars, vans, trucks, and non-road engines like those used in construction, agriculture, and industry, as well as trains and marine ships. They called for these changes using standards that combine cleaner fuels and cleaner engine technologies. Since the EPA began regulating through the 1970 Clean Air Act, emissions from all types of vehicles have been reduced from 90-99%.

This led to the development of the electric car and hybrid vehicles. They were first made noticeable by celebrity owners, but now the everyday drivers’ worries about increasing gas prices and the damage fossil fuels have on the environment, have created a demand and market for hybrids.

In newly built plants that use coal as fuel, builders must install control devices that “capture up to 98 percent of the sulfur dioxide and in many cases 90 percent of the nitrogen oxide emissions, relative to uncontrolled levels.”

Clean technologies are being introduced and old tech is being improved. Though catalysts, scrubbers, and low-VOC paints and coatings were not used in 1970, they have been proven to be effective and are widely deployed today across industries. 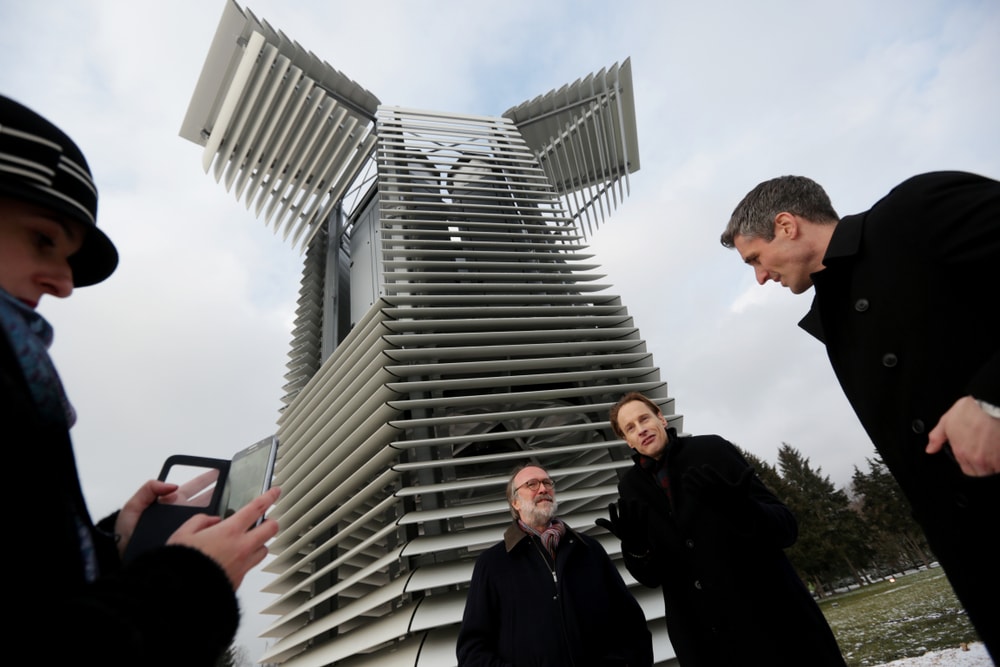 One of the newest technologies to spring up recently is artist Daan Roosegaarde’s Smog Free Tower. Roosegaarde traveled to Beijing in 2014, and from his hotel room on the 32nd floor, he could not see the city. “It was all gone,” Roosegaarde says. “The city was completely covered with smog.”

Now, he is on tour with the world’s largest, and most impressive, air purifier. The Smog Free Tower will make bubbles of clean air wherever they are placed. Roosegaarde hopes his product will raise public awareness of the dangers of air pollution.

Through ion technology, the Smog Free Tower attracts and absorbs small pollution particles — PM2.5 and PM10 — and blows out clean air, leaving a 75% improvement in the air quality.

The tower is seven-meters high and cleans approximately 30,000 cubic meters of air every hour, the equivalent of “a small neighborhood a day,” notes Roosegaarde. One of its most positive qualities is that it requires only 1,400 watts of power — no more than a tea kettle.

Since the late 1990s, the EPA has required industrial plants to lower their emissions. This led to scrubbers. These pollution reduction devices are capable of removing toxic substances from exhaust streams or may neutralize them into harmless or even recyclable substances.

Another industrial pollution reduction option is Baghouses. These are filtration structures that have been retrofitted to power plants across the country. They catch fine particulates—tiny levels of soot, dirt, and chemicals that damage lungs and create smog. Baghouses are like huge vacuum cleaners. They are lined with fabric filter “bags,” that are routinely cleaned or replaced.

Another type of air pollution reduction device is Bioreactors. This differs from the large-scale devices used in most industrial plants because “scientists are experimenting with tiny, simple living organisms called cyanobacteria that eat polluting carbon dioxide (CO2).” While most living organisms could never survive a smokestack, these algae flourish in the sweltering temperatures of industrial chimneys.

So, researchers designed “bioreactors.” These window-screen membranes are teeming with cyanobacteria and will be installed into power plant smokestacks in the near future. The light needed to sustain the algae would come from fiber- optic cables streaming light across the membranes. The algae will grow inside the chimneys while gorging on CO2 exhaust.

Finally, we can look to a technology that is already up and running: Biodiesel. This fuel alternative comes from any vegetable oil—including recycled vegetable oil from restaurants—and can power most diesel-engine vehicles without modification.

Since 2005, 75 million gallons have been sold in the United States, and many government vehicles use it as fuel. While it burns 78 percent cleaner than oil-based diesel, it is twice as expensive, and availability is scattered. Although only a fraction of US vehicles run on diesel, new fuel-efficient models on the market continue to gain in popularity.

What WE can do to Clean Up Air Pollution

As consumers, we can help by encouraging companies to use the clean air technologies available to them. These companies and corporations are in the business of making money. If consumers stop buying their products because they aren’t taking pollution seriously, they will go down the drain themselves.

We can also help by investing in alternative energy options like wind, solar, and hybrid vehicles. Such investments would not only help in reducing pollution of all kinds, but ultimately, these investments will pay for themselves and save money for Americans in the long-term. We have the power to make positive changes in air pollution!